A beautiful, albeit rainy, Danish morning. We are camped on the east coast of Denmark just outside a small village called Asaa.  Neither one of us are sure exactly how to pronounce the name – or anything in Danish. Except Ost- which is cheese.  Which is the same in Danish and Norwegian.

Camping in Denmark takes on several different meanings.  The most common form of camping are these very large caravan parks.  It seems as if folks park their caravan and tent extensions for the whole summer in one idyllic location – and then they spend their holidays at that camp ground. These parks are usually quite elaborate.

Take the one I am sitting at now: http://www.asaacamping.dk/: heated pool, several trampolines (a big deal in Norway and Denmark), bouncy  rooms, fire pits, covered outside areas, tented dinning areas, a TV room, plenty of bathrooms and showers with hot water, a kitchen (you have to bring your own utensils and pots) and the beach. All with in 1km of town.  For a small tent , two bicycles and two people with internet access the cost is 180 DKK or approximately $32.   A little more than we would like to spend- but sometimes the little things like a hot shower after a long wet day are worth it.

One nice feature is that they  always have room for walk/cycle ons.  There is usually a camping field which can take another small tent.  In Asaa, we are camped in beautiful spot, overlooking the Baltic Sea.

Wild camping (camping out of sight out of mind- which is free) is not officially permitted in Denmark. There are several primitive designated camp spots and you can always ask a farmer if he/she minds you camping in their field. In Norway wild camping is permitted 150m from a private dwelling.  We wild camped several times in Norway.  Two times it was beautiful, lake and fjord side camping with spectacular scenery, definitely worth it.  The third time was just a place to rest our heads which were covered by bug nets in an attempt to maintain sanity amidst the midges. 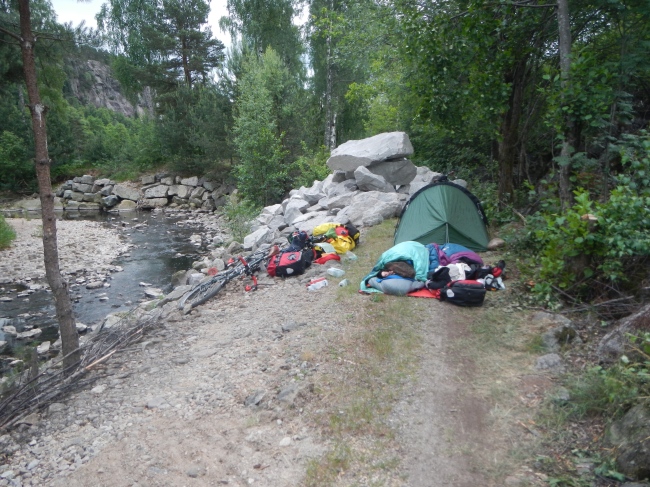 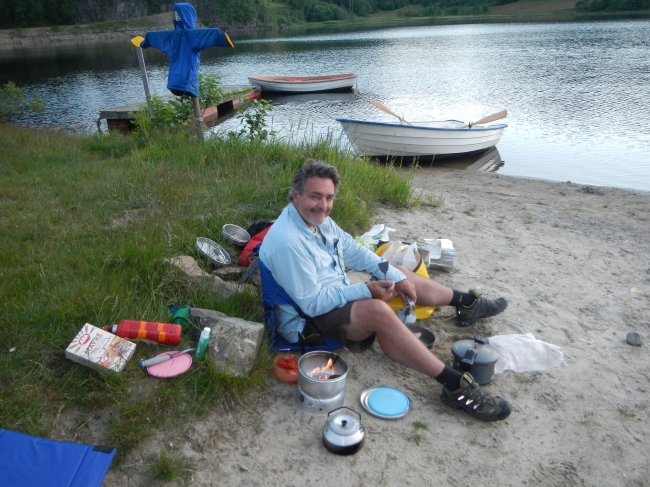 Wild camping off the beaten path in Norway 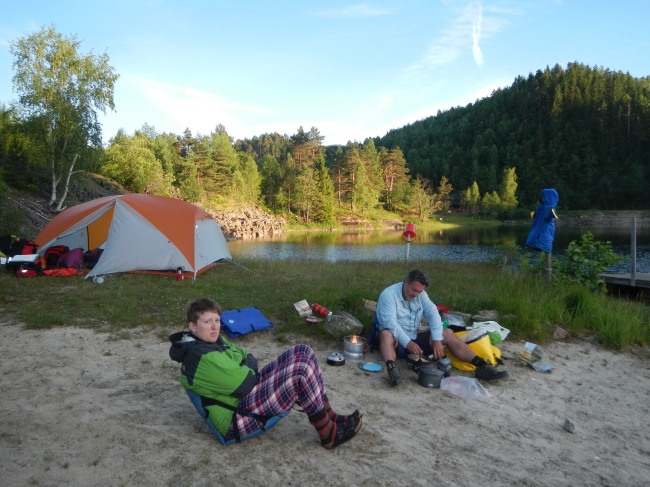 This camp was so wild there were crocodiles in the water…. 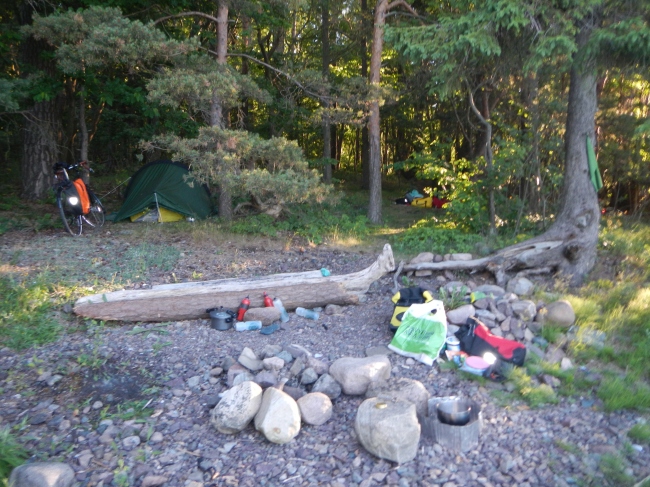 Wild camping on Jeloy – across from Moss.