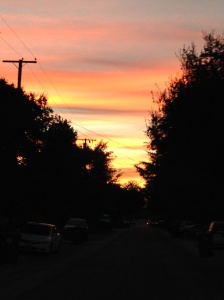 Yep.  No bike.  Well, one bike made it from Portland to LA,  two did not.  We were sitting at baggage claim waiting for our duffle to appear on the roundabout when over the loudspeaker came the ominous “Jason Swenberger please proceed to the information counter at Alaska Baggage claim” – where we were told that only two of our total of three pieces of luggage had made it on the plane. The other one is still in Portland.

Rewind 3 hours after being dropped off at PDX by Shaun (thank you). While waiting to check our bags, we met the most interesting lady returning from a five week bike tour around Tasmania – so of course we picked her brain. We chatted while we waited for the TSA dude, who probably just graduated from TSA school, to check out all the over sized gear people were bringing aboard, including two dogs.  There were golf clubs, skis, dogs, rifles and of course bicycles.  Three bicycles, two of which were ours.  We were not surprised when one of our bikes did not show up in Los Angeles, as the TSA dude was overwhelmed.

Alaska Airlines was very apologetic.  They found Janet’s bike (good news) – it was sent on another flight (good news) and it is now being stored at the airport – hopefully the bike box didn’t hang out in the pouring rain on the tarmac in PDX.

We are now hanging out with Janet’s family –  Thanks Susy for the ride from the airport – it was great to see you.

We will be reunited with bike #2 later today this afternoon as we head out from LAX to New Zealand tonight.

One response to “Second Glitch: Bike-less in Los Angeles”